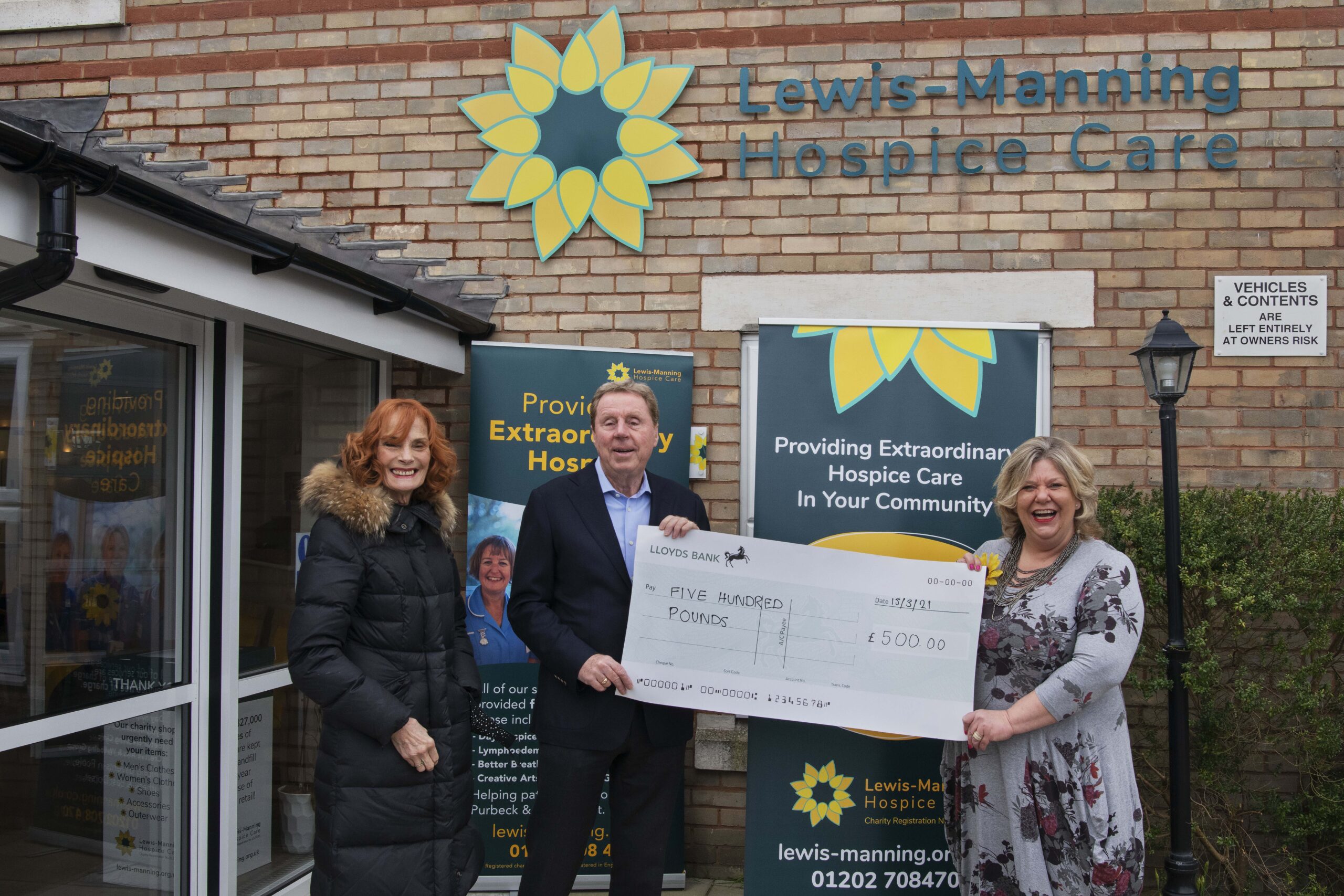 Harry visited the new premises, along with his wife Sandra, to present the cheque to CEO, Clare.

Commenting on his involvement in the programme, Harry said, “My team-mate Paul Merson and I didn’t do as well as we might have hoped but we’re thrilled to have won £1,000, to be shared between Lewis-Manning Hospice Care and Paul’s nominated charity, the NSPCC. We also had so much fun taking part in the show, which is hosted by Rylan Clark-Neal.”

CEO Clare said, “We were delighted that Harry chose to take part in the programme to raise funds for patients in our community and it was brilliant to hear him say the charity’s name on television, all of our staff were rather excited! It was very generous of Harry to donate his winnings to Lewis-Manning, £500 would pay for over 24 hours of care for our patients, reducing isolation and loneliness.”

After the huge success of the pilot mobile Lymphoedema clinics at Chapel Gate and in Christchurch, Lewis-Manning Hospice Care is expanding its...

Porsche Centre Bournemouth have partnered with Lewis-Manning Hospice Care as part of their 30th Anniversary Ball. The sell-out celebratory event...